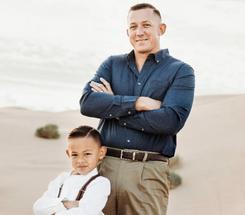 Nick joined the Marine Corps in 2001 and has served for over 20 years.  From 2002 -2006 he served with Battery G, 2d Battalion 11th Marines and deployed twice, once to Japan with the 31st Marine Expeditionary Unit and once to Al Anbar Province Iraq.  Nick served as an M198 Cannon Section Chief and as an Infantry Squad Leader.

From 2012-2014 Nick was the Assistant Marine Officer instructor for the Boston-MIT consortium and would be selected for the Marine Enlisted Commissioning Education Program.  Nick served as a Sergeant Instructor for two summers at Officer Candidate School (OCS).

Upon Completion of OCS in 2014 and completion of his undergraduate degree at Texas A&M University in 2017, Nick completed the Basic School and was selected to be a Ground Supply Officer.

In 2018 Nick served with Marine Aircraft's Group 13 and was selected to attend the Naval Post Graduate School in Monterey, CA.  Nick is currently pursuing his M.B.A. in Contract Management and Acquisitions and will be a Contracting Officer with Marine Corps Installations East, Camp Lejeune N.C.

Nick is married to Hana Romer (Marine SSgt and Aggie) and they have 2 children, Dannika and Mattis. 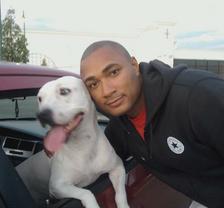 Service members who serve 1 or 20 years have a story to share.  In most cases they are an easy way for the service member and their family to share memories and remember what it was like moving every few years from station to station.  For others it is a way to HEAL.  Everyone has a story and some of those stories are harder to describe.  It is difficult to start a conversation but these shadowboxes help with the outline.  Every achievement and memory is encased and sometimes all it takes is for someone to see it and ask. "Hey, what do all of your medals mean?"  It opens the door to a conversation about the good and the bad times.  It represents the service member to the very core of who they are.  Mental health counseling is becoming harder and harder to obtain due to overbooked professionals.  This is a way for service members to heal at home with the ones they love.  We do this in honor of Vince so that we can share his story with the ones who may be struggling through their own.

Staff Sergeant Bell was born on July 8, 1983 in Detroit, Michigan. He enlisted in the Marine Corps. on July 7, 2001. He attended Recruit Training in Parris Island, SC. Upon graduation he transferred to Camp Lejeune, NC in order to attend Marine Corps. Training (MCT). Upon completion of MCT Private Bell transferred to Fort Sill, OK for Field Artillery Cannoneer Crew Course from October 2001-December 2001.

On October 31, 2011, he deployed in support of Operation Enduring Freedom 11.2 as the Platoon Sergeant for Golf Battery, 1st Platoon. While conducting daily combat operations throughout the Kajaki District, Helmond Province, Afghanistan, his life tragically ended on November 30, 2011. Staff Sergeant Bell is survived by his father, James, his mother, Pamela and his sisters London and Andrea. 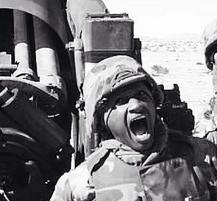 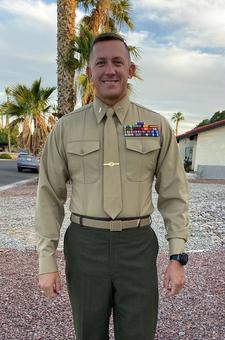 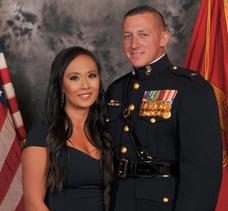 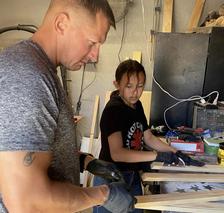 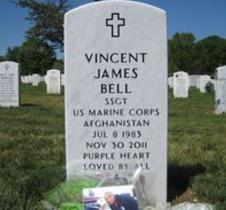